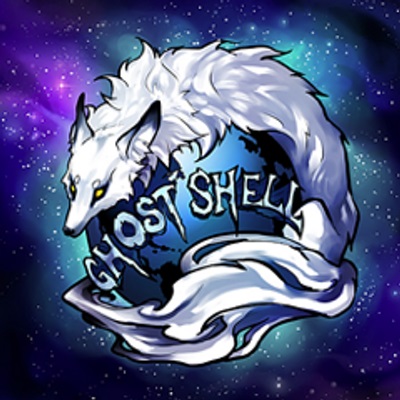 Hacker Team Ghostshell has returned with a mass hack attack which could involve up to a million websites.

The data dump contained user passwords that were either salted or hashed, including the ever famous 123456 password, emails, user names, addresses, phone numbers, Skype names, dates of birth, and other personally identifiable information were also included in the data dumps that could all be viewed at http://dpaste.com.

The dumped leaks only come in preview manner, apparently to prove that they have indeed been infiltrated, and to raise awareness. ALL bins have however been deleted. Ghostshell’s last post dated 4 July stated: “If you haven’t seen the data yet don’t worry we’ll do a re-release next time on 100 file sharing sites”.

As far as my knowledge goes DeadMellox Leader of Team Ghostshell made his landmark back in 2012 when he hacked website databases belonging to organizations, financial institutions, political groups, law enforcement entities, universities and even government agencies, where it is thought he used SQLmap, which is a popular SQL injection tool.

Ghostshell took the top million Alex sites from Google and hacked them all. The few thousand data dumps were apparently only examples, a so-called awareness campaign.

The latest hacking campaign was random and included sites from around the globe. Team Ghostshell now class themselves as Dark Hacktivists, which represents the process of taking conventional hacktivism to the cyber-warfare level. Once the first cyber-attack is completed more will follow.

During the data dumps Ghostshell made a number of posts (tweets) explaining their actions. Not yet been verified and debugged seemed to surprise him, an attitude of “I’m god, and you can’t catch or touch me”

Prior to Ghostshell’s sudden disappearance, end 2012, Ghostshell already had the “untouchable” attitude. But as far as my knowledge goes Ghostshell went underground due to fear of been caught. They had attracted way too much attention with there hacking campaigns and knew it would only be a matter of time before the feds nailed there @ss’s to the wall.

It’ll be quite interesting to see how long Ghostshell holds out before been caught or once again disappears into the dark web.

Team Ghostshell is amongst the top 3 most wanted hackers in China and is wanted around the globe, and they seem extremely proud of there achievements. 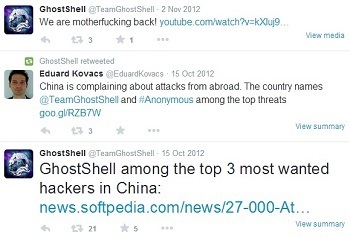 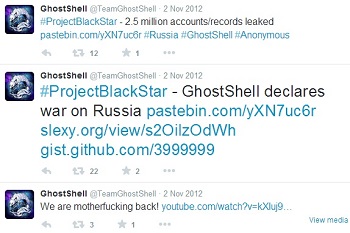 But that was neither the beginning nor end to Ghostshell’s hacking madness. Team Ghostshell hacked major companies in South Africa, which included National Diamond Corporations, Mining and Petroleum and had the following to say:

Since websites were getting closed and put under maintenance, I’m assuming the companies in question, knew about the attacks or at the very least found out about them later on. I doubt targets like national diamond corporations, mining, petroleum and other companies from the top 500 in Africa wouldn’t find out.

As for any governments in question, the only comment that I saw, was a reporter from South Africa asking an official over there about his opinion and receiving a regular straight-forward reply about it, how the people will be punished for “hacking” and so on.


DeadMellox leader of Ghostshell is also believed to have had good ties and believed to be involved with the Anonymous RZA branch in South Africa. They apparently approached him for help after Project DragonFly that waged cyberwar on China.

When Project WhiteFox ended, DeadMellox decided to finally give it a try over in South Africa to see what he could do to help. He had the following to say:

Going through its cyberspace was probably one of the hardest things I’ve had to do since Team GhostShell was founded. At first I thought that I would encounter things like really outdated servers, just like in China, but that part wasn’t so bad, in fact their versions tend to be more new.

Problem is that they’re not well built so when you try to get inside you’ll encounter a lot of errors, glitches, random pings timing you out for no apparent reason, charsets keep popping up while retrieving data, put on top of that slow connections and you get a real nightmare. Nicknaming it “The Cyber Jungle” was really fitting.


Hackers claiming to be from Anonymous South Africa have said there was no collaboration between DeadMellox and themselves.

ProjectHellFire dumps contained email addresses, names, mobile numbers and passwords. Their aim was to fingerprint the entire top business infrastructure of South Africa and trace some of its activities to other countries. Other businesses hacked were Woolworth’s, Anglo Oil Field, African Mining and PostNet. 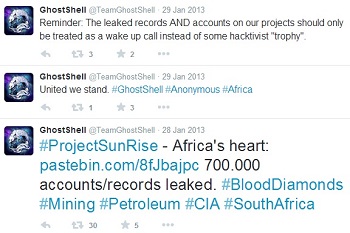 Then there was ProjectHellFire that was accomplished and collaborated with two other hacking groups, MidasBank and OphiusLab where 1 million accounts were leaked. ProjectHellFire was in protest against banks, politicians and fallen hackers. 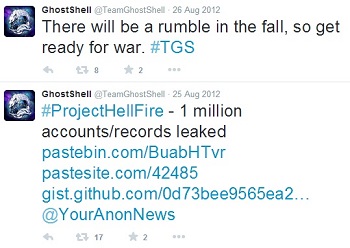 And 2 October Michigan News Reported University records had been hacked.

10 December 1.6 million records were leaked. ProjectWhiteFox targeted aerospace, nanotechnology, banking, law, military, education and government. The hack was in protest of freedom of information on the net. They used SQL injection to gain access to personal data. And 2 October Michigan News Reported University records had been hacked. 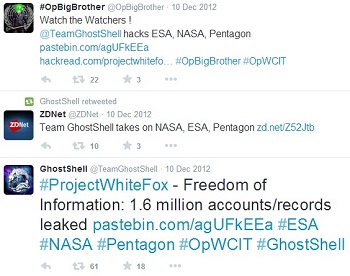 DeadMellox moved on, he seemed to have had enough of wasting his time with people from the government and there smear campaigns, stating he had already won what he set out to achieve. He closed all his accounts from Team GhostShell to its branches, MidasBank and OphiusLab and disappeared.

Above a farewell note from Ghostshell prior to disappearing, which only lasted 1 year.

Cold blooded revenge shouldn’t be part of a hacktivist, at least that’s my opinion. Which is why, I’ve finally come to terms with the decision that I need to put a stop to it


Ghostshell cool-off never lasted long, their cold-blooded revenge acts seem to be back and can be viewed below. They plan on systematically dismantling various types of dynasties along with the crushing of empires with there cyber-warfare hackers.

What Is Dark Hacktivism 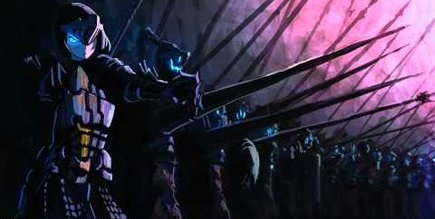 Dark Hacktivism is a new breed of cyber-warfare hackers by Ghostshell that class themselves as cyber-warriors. Whereby knowledge is free and experiences are shared.

They use common tools instead of unique programs that leave specific fingerprints, and never use customized tools due to them leaving a unique fingerprint that can be traced back to other targets that they’ve attacked, which would then help the authorities build a stronger case.

Dark Hacktivism doesn’t focus so much on the technical hacking part as it does on its human factor. If normal hacktivism is observed as a frontal assault to denial of service, deface or leaks then this version is more about using the system to your own advantage instead of just protesting.

Despite accessing large amounts of data like billions of accounts to trillions of record sets from numerous targets throughout the internet the goal is not in the leaking of the information itself by selecting the interesting data and discarding the non-interesting one, but rather it lies in devouring everything that comes in your path and ultimately processing that information in understanding how cyber regions, countries and even continents exist and operate on the internet.

By figuring out this vital piece of information you become one step closer towards comprehending and bringing into existence a form of attack like no other, one that is capable of systematically dismantling various types of dynasties along with the crushing of empires.

Their methods at times can be quite crude. They tear apart companies by attacking them through multiple points of origin, which would include using the websites user policies and regulations against themselves then blackmailing, regardless whether they hacked or not is irrelevant.

Dark Hacktivism is led by a young man aged 23 who we all know as DeadMellox the Leader of Team GhostShell (@TeamGhostShell) in an interview with Softpedia back in November 2012 DeadMellox made the following statement when asked if he’s afraid of the Russian Government due to there unlimited resources.

If I want to declare war on all Governments in the world, THEN I WILL DO IT! For my own selfish reasons and for no one or nothing else.

And in Japan piracy falls under capital punishment, swing tel you Dead, DeadMellox, and he is a pirate of the internet. It’s not surprising he leaves Japan alone.

It won’t be long before DeadMellox and his gang of attention seekers (Team GhostShell) get nailed. 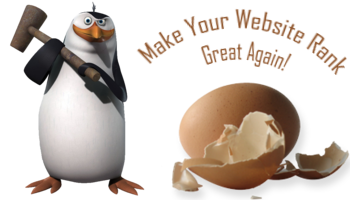